Ever wondered why some people think that green tomatoes are poisonous? Common fruits and vegetables can be poisonous if you don’t know how to prepare them properly. Most fruits and vegetables contain toxins that may be harmful to your health; that is why having the knowledge on how these goods should be prepared is a must. You have to understand that toxins are not necessarily bad to your health but it can be fatal if a considerable amount is ingested.

​Green tomatoes are a popular and healthy fruit. Some would even call it a vegetable. Despite it being a staple to southern cuisine, the modern use for green tomatoes originated in the Midwestern United States. They are healthy with antioxidant properties that help protect you against cancer cells.

​There are tomatoes that are green in nature and stays green even if it reaches its maturity stage. These tomatoes grow in areas with lower temperature and are edible. On the other hand, young tomatoes before turning red are usually green, hard, and tough to digest. The compound in these immature tomatoes is at a higher concentration of toxicity level than in ripe ones.

​While green tomatoes are proven safe to consume, whether it be cooked or eaten raw, there are still people out there that are sensitive to the alkaloids found in green tomatoes which may cause a negative reaction if ingested. It may also be gut irritants to sensitive individuals. That is why it is mostly eaten cooked or fried.

Main reason why it is commonly perceived as a poisonous fruit goes back in the late 1700s when the Europeans feared the tomato. Yes, there was a time when your favorite pizza ingredient was called “poison apple”.

It has become the main culprit of numerous deaths among Europeans at that time. It was proven later on that these terrible incidents have nothing to do with tomatoes but rather, the abundant content of lead in their tableware. Tomatoes have high acidity levels; this extracts the lead from the plates that the aristocrats use, resulting in lead poisoning.

The answer is, no. In fact, it is very healthy. Here are some benefits you can get by adding green tomatoes to your diet:

What about Tomato Seed?

As for tomato seeds, there is no hard evidence that shows a correlation between its seeds and getting poisoned. However, there is still evidence that suggests excess amounts of tomato seeds will cause side effects. If you try to examine the seeds of the tomato, it’s actually quite gooey and soft.

​Unlike the seeds of other vegetables, tomatoes have a unique texture. This slimy texture makes the tomato seeds hard to digest, thus it causes problems in the kidney.

​So of all body organs, why the kidney? Tomato seeds are packed with oxalate and calcium. These compounds along with the texture are what makes the tomato hard to digest. And because calcium and oxalate elements are not properly digested, excess amounts of it can lead to kidney problems such as kidney stones. This can be caused by the accumulation of these elements in your kidney.

​Furthermore, another notorious effect of the seeds from the tomato is its effect on your digestive tract. Particularly, your large intestine could suffer from worsened diverticulitis. This disease is when the inner layer of your large intestine stretches out and protrudes towards the outer layer.

​Although it’s not caused by tomato seeds, many experts believe eating tomatoes will worsen the condition of someone suffering from diverticulitis. ​Basically, the “diverticula” looks like small pouches in the large intestine that gets inflamed due to diverticulitis. The consumption of tomato seeds can result in the seeds hanging inside or around the diverticula. This is possible because of the seeds’ small size and the fact that it’s hard to digest the seeds.

​Animals, on the other hand, are much more prone to plant poisoning. The toxicity in tomatoes might be too much for your four-legged friend. Tomatoes have the reputation of being a pet killer that contains alpha-tomatine that can be toxic to the heart. Make sure to keep this plant or any plant in particular away from your pet to prevent any unwanted outcome that may harm them.

​Green tomatoes are not poisonous and are safe for human consumption. However, if you lay it side by side with another green fruit that is poisonous, you might find it hard to distinguish the difference between the two.

​There are numerous fruits out there that look just like green tomatoes but are highly poisonous if consumed. Most fruits and vegetables contain toxins but it really goes down to how your body will react to it that makes it hazardous to your health. ​In general, green tomatoes are not poisonous. In fact, it is rich in antioxidants and is highly encouraged by nutritionists as part of our diet. Because of its reputation back in Europe during the 1700s up to the 1800s, it was avoided by many until it was proven that the causes of deaths among Europeans at that time was not because of the fruit but rather, the amount of lead in their tableware that reacts to the acidity of tomatoes.

​The family that green tomatoes are classified into may also play a part as to why it was frequently averted.

​Since then, green tomatoes have been proven safe and are present in every cuisine. It was even published in the “Journal of Agriculture and Food Chemistry” in 2009 as an agent which may fight breast, colon, stomach, and liver cancer cells. For those of you who want to stay healthy, do not be afraid to add that few slices of green tomatoes into your dishes.

Make sure to comment below if you have any questions regarding the topic.

This site uses Akismet to reduce spam. Learn how your comment data is processed.

I am Jane - a housewife. I live in a warm family with my husband and lovely kids. Two years ago, I started making my backyard into a garden, which supplies significant veggies for my family. I create this blog in order to share my experience and what I've learned in gardening. Hope you will find something helpful for your own here. Read More… 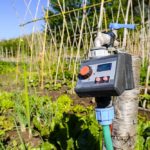 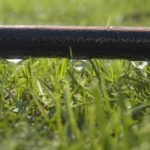 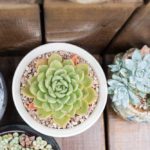 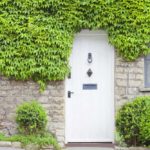 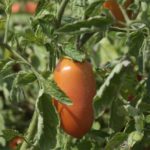 PuffyCarrot.com is a participant in the Amazon Services LLC Associates Program, an affiliate advertising program designed to provide a means for sites to earn advertising fees by advertising and linking to Amazon.com.